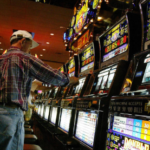 A Sydney casino found itself entangled in a money-laundering scandal after one of their patrons fell under investigation.  The patron was investigated because of the money he spent at the casino. This is normal at most casinos as they are vulnerable to a lot of suspicious transactions.

Casinos deal with high rollers; therefore, you might find that they have to always be vigilant about the money that their customers spend at their institutions. As much as they are legal people can end up spending illegal money for their casino gaming.

Why the Sydney Casino Reported the Suspicious Transactions

Millions are spent at casinos on a daily basis; therefore they are always under close supervision from the Anti-money laundering departments.  Casinos are legal entities therefore they should make sure that whatever money they receive is clean legal as well.

But, they are still left vulnerable to illegal money being spent at their institutions.  Meaning, it is their job to raise alarm whenever they feel that the money being spent was obtained illegally.  Otherwise, they can get into trouble for accepting money taken illegally.

What Happens When A Casino Reports A Suspect

As soon as the casinos start questioning the integrity of the source of money, they raise a concern and report the person.  If there is enough reason to pursue the issue that means that the suspect will be put under investigation.

In the case of the Sydney casino, the patron had been under investigation for a month. They would want to see your source of income and whether or not it allows you to spend that much money. Of course, if everything is in order, they will let you go.

The Case of Jie Zhang

Jie Zhang has been under investigation since July but the Sydney casino patron has pleaded not guilty to the money laundering charges. Prior to that, the police went to and apprehended $10 000 in cash from the player and $50 000 worth of casino chips. Also, they took the patrons 2 mobile phones and some documents.

Aside from that, the policed also managed to get $50 000 that had been spent earlier in the casino. A search was also done in at the patron’s home and he was found with $70 000. According to the police, the money is suspected to have been obtained from crime.

Jie Zhang appeared at the local Downing Centre for being involved with money obtained from illegal means. He is currently out on bail and has pleaded not guilty to both counts.

How do I deal with money laundering?
if you suspect any case, what you can do is go through the suspect money laundering questionnaire with your client, and when you suspect something you can raise alarm.
Will the Sydney Casino get closed?
No, it will not. The casino can actually sure the patron if they want to. unless of cause, they knew that the money had been obtained illegally and accepted it anyways.
How do you know when to raise suspicion for money laundering?
Usually, when getting training, you will be told of the various ways you can tell that something is not adding up.
What is money laundering?
This is when someone is not clear about their source of income by trying to hide it . some people can hide the money so that they do not have to pay taxes as well.
How does money laundering work?
This is known as the money laundering scheme. This is when you move the money to different banks and usually, offshore accounts if they are really large amounts of money.

Count on me for the best guides to online casino gaming, top casino reviews and trending casino news.

Count on me for the best guides to online casino gaming, top casino reviews and trending casino news.